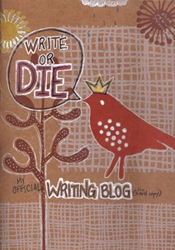 Ever since my first NaNoWriMo I’ve had an irrational fear of word counts. Don’t have enough words? Too bad, you fail; what you’ve written barely qualifies as a short story. Or so says the raspy-voiced lady in my head. (I should tell her to quit smoking before she loses a lung.)

I set these ambitious word count goals for my projects, like 50,000 or 75,000, and I think to myself, what’s the point? I could probably dribble out 50,000 words in my sleep, but it would drive me batshit if 99% of them were crap. Other writers—better writers—probably wouldn’t care. Those 49,500 craptastic words would be made shiny during editing.

But that is where my phobia is: having to waylay those 49,500 (or even 24,750) words and come up with an equal number of new words. It’s debilitating to think about. I’d rather build it out, adding layers with each edit.

Rather than debilitate myself, I’m looking at writing milestones, such as complete chapters, rather than word count milestones. Sure I’ll still check word counts, but it’s mostly vanity. When all the chapters are complete I’ll go back and add the layers.

This entry was posted in Writing and tagged goal setting, nanowrimo, writing milestones. Bookmark the permalink.